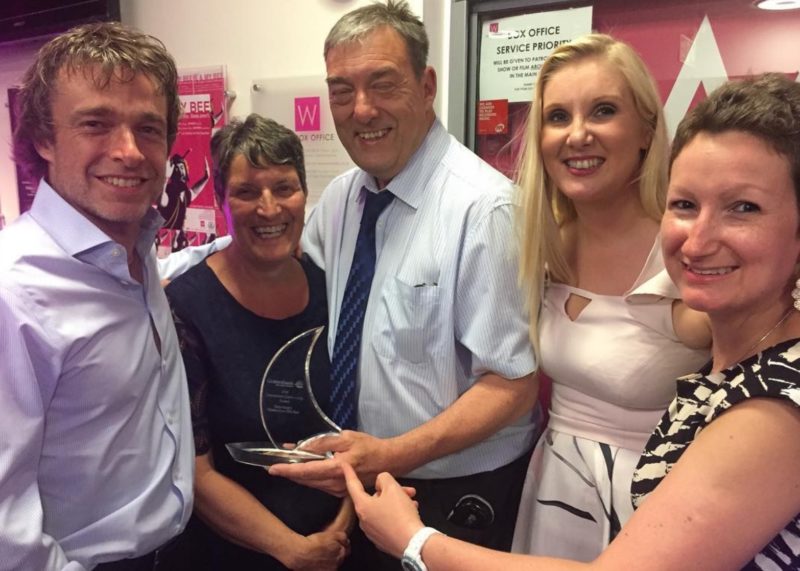 At a recent council meeting where the new mayor of Gravesham was sworn in, a number awards were made to individuals/groups who have made a difference to the people living in the area.  Sanctuary was singled out and given an award.  The following is the transcript used to announce the award:

3 years ago two people from Gravesham went to look at a project which was in its third year and focuses on the plight of rough sleepers. They were amazed at what was being achieved and just 5 weeks later in November 2015 Sanctuary was launched, a joint project between City Praise Centre and Gravesend Methodist Church.

Sanctuary has become the first point of contact to those who are homeless irrespective of situation or background, with a focus on providing assistance not catered for by other agencies. This includes a winter shelter providing a warm, safe place to sleep; an evening drop-in centre; hot meals on two evenings a week and daytime provision of hot showers, laundering of clothes, provision of new/second hand clothing, help with paperwork including repatriation back to their home country and liaison with authorities who can provide work, benefits and accommodation.

Sanctuary has dealt with over 450 individual homeless people, provided in excess of 6,000 hot meals, 1500+ showers and washed 2,500 items of clothing. In the past four months alone, 78 different people have used the winter shelter and a further 40 have used the evening drop-in centre for meals.

In March 2018, Sanctuary was featured in Channel 5’s live broadcast on how the homeless were coping with the cold weather.

The project is fully funded by Churches Together in Gravesham and donations but none of this would be possible without the support of our partners including the Police, Porchlight and the Council and the dedication of our 200+ volunteers.

This award goes to Sanctuary Homeless Shelter and to collect the award are the Project Managers, Steve and Lorna Nolan.”

It goes without saying that this award is only possible through the large numbers of volunteers and supporters whose love to those in need is an outstanding example to us all.

Gravesham Sanctuary is a registered charity (No.1181817 in England & Wales) that works in Partnership with Gravesham Borough Council and with support from Churches Together in Gravesham, to provide an overnight shelter during the coldest months of the year (October - April) for the homeless living in the town.