Interview with Steve and Lorna

This interview was conducted by Nigel Rumsey and published on his web site:

“Feed the hungry, clothe the naked, come to the community and share the gospel”. I’m sitting in the small very busy office at Sanctuary, the night shelter for the homeless in Gravesend, talking to Steve Nolan. Steve and his wife Lorna are the unpaid Project Managers for Sanctuary. Steve is explaining the mission of their church the City Praise Centre. An ex-policeman Steve is a big guy, although quietly spoken I can imagine him being quite imposing in a police uniform. Today he looks tired, really tired. This is no easy retirement.

Steve spent 30 years serving with the Police and then working for a local authority, much of that time justifying for one reason or another why he couldn’t help the people Sanctuary now exists to care for. Lorna worked in education and in 2015 after a year Steve describes as their ‘year of hell’ they both found themselves out of work. 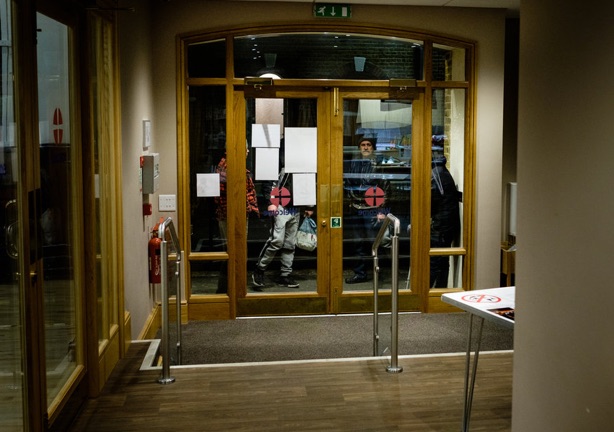 At that time the pastor of their church Tom Griffiths and his wife were going out onto the streets in the evening to help people sleeping rough. Steve said at times he’d go with them “we found people sleeping in doorways, sleeping behind bins, people sleeping in tents. We’d chat to them, share a cup of coffee.” In October that year, Tom asked them if they’d like to go to a meeting in a local town where the organisers of the night shelter there were talking about their experiences. Steve jokes, he answered, “not really”. “It was on a Friday evening and we had a regular meeting with friends which we didn’t want to miss.” At 6 o’clock that evening the friends called to say they couldn’t make it. “We took that as a sign that God wanted us to go to that meeting in Dartford.”

Steve and Lorna came back determined they had to do something similar in Gravesend. They met with their church, ”within five weeks of that first meeting Sanctuary was birthed.” 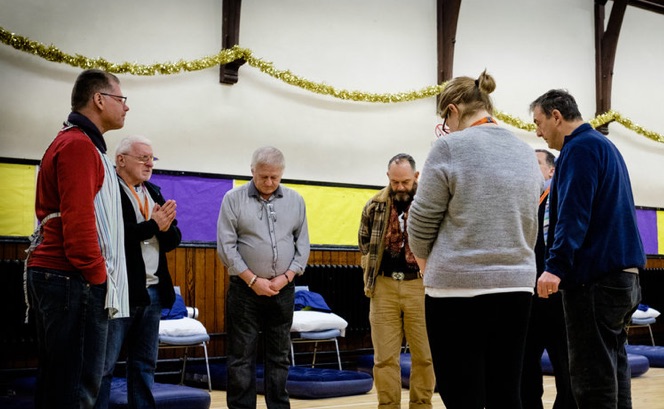 “We called a meeting to ask for volunteers, we put out chairs for 60 people, we thought 60 would turn up and we got 180. Everybody was up for it.” It seemed incredible timing, the community centre in which we’re sitting, part of the Methodist Church, was being refurbished. Steve and Lorna were out of work and they had more volunteers than they expected. “We had no idea what we were letting ourselves in for. We had no idea how to run a night shelter, we just made it up as we went along.” 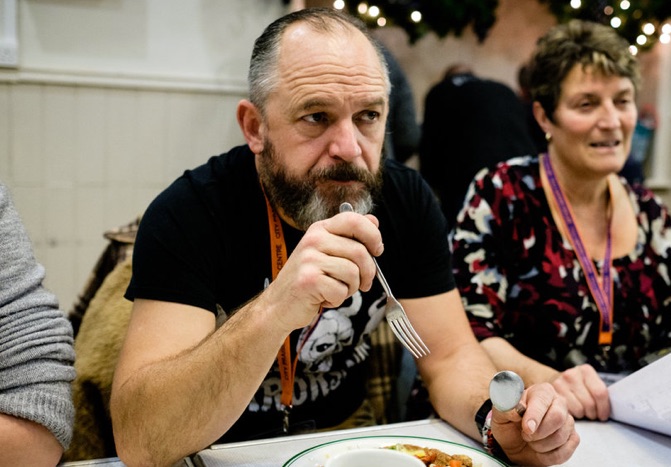 In a way it’s a contradiction to refer to a homeless shelter as a success – the best success would mean not needing the shelter in the first place. However, by any measure, this is a success. Last year, Sanctuary had 104 individual guests, they prevented hundreds of nights spent on the streets.

“We had no idea how to run a night shelter, we just made it up as we went along.”

In the first six weeks of this winter they’ve had 95 guests, they have washed 334 bundles of laundry, 302 showers taken, 822 meals served and 481 items of clothing have been given out. Those 95 guests would have spent 202 nights in cars, tents or on the streets. Most importantly, with the help of other agencies, 23 people are no longer guests, they have been rehomed. 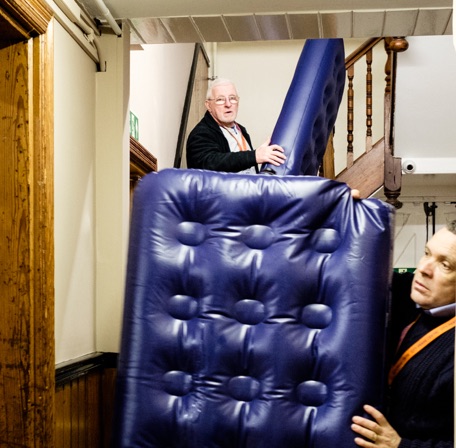 All the time we’re talking volunteers are coming in the office asking questions. One of the volunteers asks Steve if he wants dinner, Lorna thinks he ought to eat.

During 2016 a drop-in shelter was launched. Steve explains, “It seemed wrong to run from January to March and then say ‘bye, you’re on your own’. So we extended to a drop-in centre that would only provide meals.” Now the Methodist church opens the centre during the day so that the guests can access the showers. 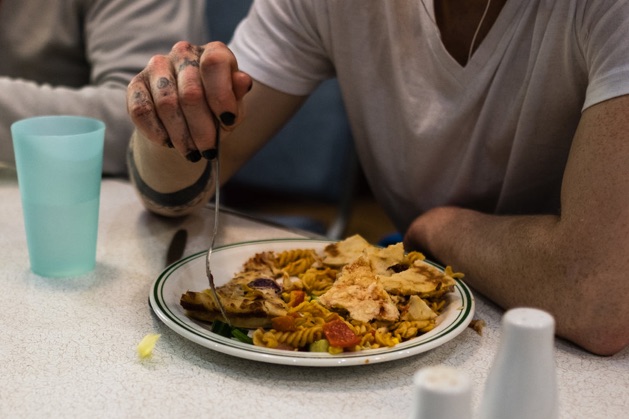 I ask about the future. I can’t help thinking that without Steve and Lorna Sanctuary could easily come to an end. It takes a special person to dedicate so much of their life like this. For people with such a social conscience that must be a weight to bear.

It’s not until after I realise he doesn’t really answer the question. He does say he’d like to see the shelter open more than three nights a week. There are currently 130/140 volunteers, he estimates to open seven nights a week they’d need more than double that number. “We see Sanctuary as an advocate for the homeless. We are on the frontline and help where we can. Lorna and I are supposed to be retired, we don’t get paid to do what we do. We get by on my pension and Lorna’s small pension.”

“We see God as making us available, our meeting was cancelled on the Friday night so we could go to Dartford, we had 180 volunteers when we expected 60, at the same time this building was available. I don’t believe in coincidence, I like to think of it as God-incidence. I think that God prepares you for times such as this. If this is all God intended me to do in my life that’s fantastic.” 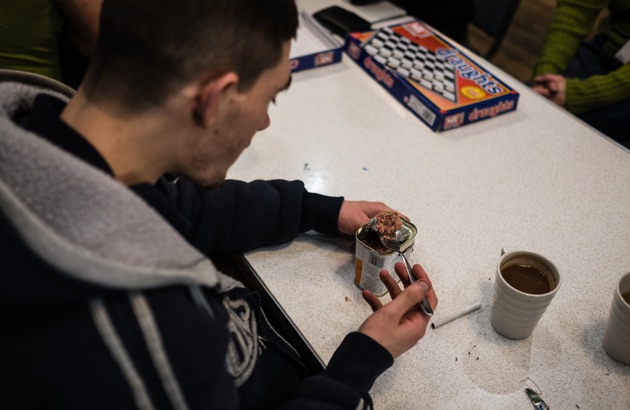 Each shift at Sanctuary is run by a coordinator and several volunteers that in theory is so Steve and Lorna don’t need to be there all the time. However, every time I’ve been there so are they.

We are interrupted by the Sanctuary phone with it’s Superman ringtone. Steve laughs, “When I first started this I thought I was Superman. I soon realised I wasn’t. I can’t do this on my own. We come here because we like the interaction with the guests. If we were just project Managers and we never came here that wouldn’t work for us. We do it because we love it.”

There are more images from Sanctuary here.

Sanctuary is a ‘first point of contact’ to those who are homeless irrespective of situation or background, with a focus on providing assistance not catered by other agencies.. 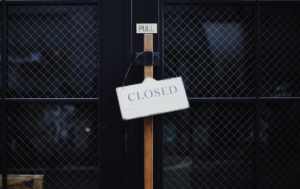 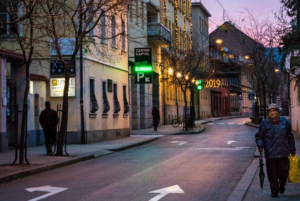 It’s not the same! 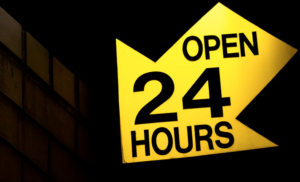 Get out latest news and insights straight to your email inbox, you can unsubscribe at anytime

Gravesham Sanctuary is a registered charity No.1181817 in England & Wales)

This website uses cookies to improve your experience while you navigate through the website. Out of these, the cookies that are categorized as necessary are stored on your browser as they are essential for the working of basic functionalities of the website. We also use third-party cookies that help us analyze and understand how you use this website. These cookies will be stored in your browser only with your consent. You also have the option to opt-out of these cookies. But opting out of some of these cookies may affect your browsing experience.
Necessary Always Enabled
Necessary cookies are absolutely essential for the website to function properly. These cookies ensure basic functionalities and security features of the website, anonymously.
Functional
Functional cookies help to perform certain functionalities like sharing the content of the website on social media platforms, collect feedbacks, and other third-party features.
Performance
Performance cookies are used to understand and analyze the key performance indexes of the website which helps in delivering a better user experience for the visitors.
Analytics
Analytical cookies are used to understand how visitors interact with the website. These cookies help provide information on metrics the number of visitors, bounce rate, traffic source, etc.
Advertisement
Advertisement cookies are used to provide visitors with relevant ads and marketing campaigns. These cookies track visitors across websites and collect information to provide customized ads.
Others
Other uncategorized cookies are those that are being analyzed and have not been classified into a category as yet.
SAVE & ACCEPT
Scroll to Top